It's annoying when you decide to do "a project", such as taking pictures as you make dinner, only to have dinner not turn out right. But in Magnus Magnusson's time honoured tradition, "I've started so I'll finish". 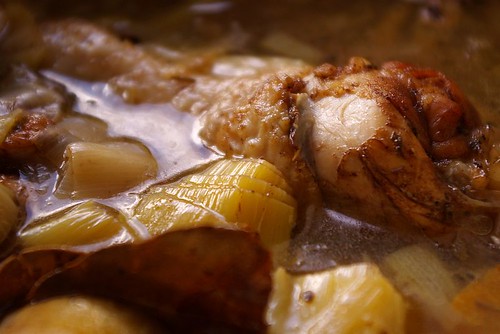 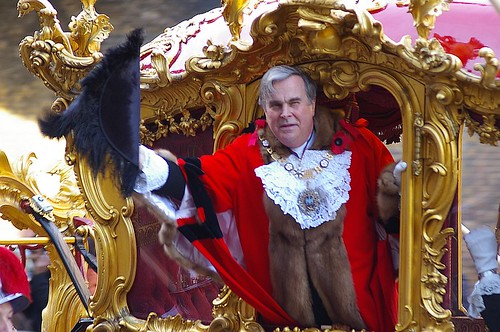 The new Lord Mayor of London, David Brewer, waves to the masses, switching from side to side of his gilded carriage, seemingly unphased by the fact that he'd been doing so for about 3 hours. Arms like the Incredible Hulk, hidden by the flowing sleeves of his mayorly robes

It was the Lord Mayor's Show yesterday and I wandered down to Blackfriars to catch the return leg of the parade. Click on the piccy for my some more pictures.

My favourite image of the day didn't come out well, but the Canary Wharf Ltd float was meant to be covered in an inflatable Canary Wharf, with the various towers bobbing along as the truck rolled around. However, by the time it got to us the inflatey machinery had given up the ghost - Canary Wharf had collapsed and the towers where lying around in a rather sad and sorry looking pile while a man with a screwdriver ran around on the back of the flatbed trying to work out what had gone wrong.

Wikipedia amuses me sometimes.
While searching today to find out what a dutch oven was (the cooking implement, not the head under the covers kind) I had a look at the wikipedia page.