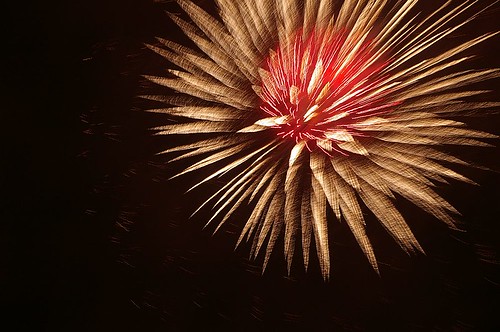 Despite being knackered and not particularly fond of fireworks, I dragged myself down to Blackheath (via Penny's nice, warm, but hidden in a maze-like development, flat) and there were many nice fireworks. They went bang, pow and sparkle, as is their wont.

I am starting to fear the area south of the river a lot less, but only at night - during the day-time Canary Wharf and Greenwich still fill me with a strange cold fear. I'm alright with the South Bank these days, I can stand Borough Market for short periods of time and I can even stay in Croydon for hours if I am suitable medicated (with beer and wine). Maybe one day I will be able to cross those hallowed waters without the normal side effects felt by the righteous who live north of them.