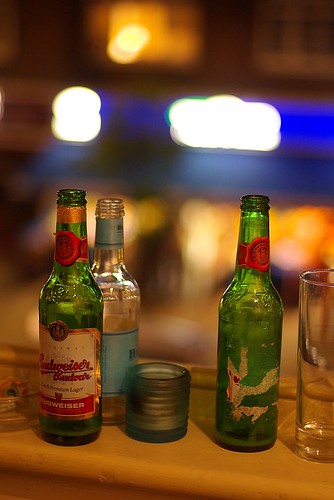 Many things happened on Friday. In the main they weren't interesting.

Inspired by the Cooking breakfast with an iron on B3ta the other week and fulled by South African cider (oh Savannah Dry, you naughty little minx you) my cow-orkers and I decided that a restaurant based around the theme of novelty cooking methods could work. We swiftly discarded the less extreme ideas of cooking things on George Formby grill (Eggs - the grill needs to be hot enough that they are cooked enough to not fall off the bottom the tilted surface, and soup - you pour it on at the top of the grill and catch it's quickly heated soupiness in the fat drip tray at the bottom, before pouring it into your mouth in a move reminiscent of the disembodied head of George Foreman drinking the fat from his grills in Futurama) and moved onto the centrepiece of our restaurant - the Dyson vacuum cleaner.

Lay out bowls containing all the ingredients you need, suck them up into the sterlised whirly chamber of the Dyson and then watch them mix in the cyclone contained within. Once your ingredients are mixed, simply press the "dump fluff" button and out will pop your well mixed goo, ready for whatever is next in the recipe - griddling on an iron? Poaching in the dishwasher?, "cooked" by the acidic lemon bite of Jif Microliquid (where are you)?

It could work, and we could even charge for sponsorship deals. Worrall-Thompson has a signature kitchen scale (even though he eschews their use), why not Dyson having a special mixer edition hoover, or Whirlpool a special fish cooker model of dishwasher. The sky is potentially limit. Well, if your kitchen doesn't have a ceiling maybe.

I use the term Dyson to mean only Dyson brand vacuum cleaner products and am not intentionally watering down the meaning of their name. I do however use the word hoover to mean any and all vacuum cleaners - screw hoover, they didn't stop everyone using the term in time...it's ours now.

Last night I went along to the first part of the European Photobloggers weekend - some beers in the gallery room of the Troubadour on Old Brompton Road. Met many people, whose blogs I will have to pimp at a later date, drank deeply at the well of Budvar and peeled the labels off many bottles. I will continue this trend tonight despite haing just led a walk around the tourist spots of London. Well, when I say "led" I mean walked a loop of Trafalgar to half way up Whitehall via the Southbank with two people who knew the area but didn't have enough time to stay around for a longer walk. We did however get primetime photograpy spots on the Downing Street side of Whitehall as the March Against War went past. Unfortunately my monitor exploded this morning, so no downloading from my camera until I get my work pc home - at the moment I am in the office having received four "things have broken" SMSs that I discovered, on arriving in the office, were from sometime last week but delivered late due to the fantastic reliability of O2's email-SMS gateway. Ho Hum.

In other news, the film "Tommy" is entirely mad and it is very difficult to write random crap on a blog post when you have Ann-Margret writhing around covered in beans and chocolate in the background. And it's nice to see that one out of the three people on IMDB who wrote summaries of the film considers, like me, that the "murder" of Robert Powell is symbolic. Also, Jack Nicholson rocks. That is All.
Collapse