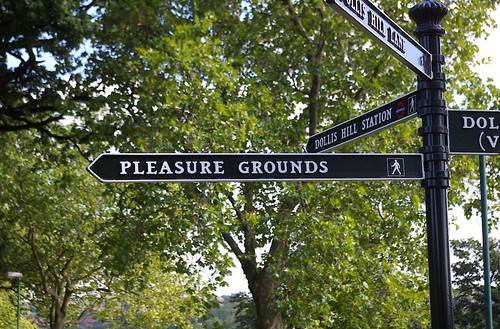 It's a little known fact that Kubla Khan, made famous by Coleridge's Poem, was actually an eastern gentlemen living in the, at that time, small village of Dollis Hill to the northwest of London. He occasionally dabbled in the use of Laudanum, amongst other drugs, and it was one day while enjoying his favourite tipple of Absinthe that he bumped into Coleridge. Bonded by their love of drugs, and not in a small way by Khan's close friendship with Coleridge's supplier, they would walk for hours near Khan's house talking of various things, generally using short words at the same time as looking deeply at their hands.

It was during one of these walks that Khan and Coleridge hit upon the idea of opening a "Pleasure Dome" where all of their basest desires, and they had many, could be met free from the spotlight of London life. As a start Khan donated his house to the project and Coleridge invited a large number of his London friends up to Dollis Hill for the opening night bacchanalia. The party started as a great success, with much carousing and other delights, but as the revellers succumbed to the various pleasures on offer they became more and more careless and a opium pipe discarded on a bedspread kindled a flame that spread quickly through the richly and flammably furnished house. Coleridge and his cronies escaped, but Khan had been chained to a bed in an upper room and as his fledgling pleasure dome crumbled around him he succumbed to the smoke and flames and did not emerge.

Coleridge was crushed by the death of his friend and business partner, but discovered that he had been left the house and its lands in his friend's will. He decided that he would erect a monument to Khan's memory, but after the local council turned down his various applications to build a 20ft tall gilden phallus he had the house pulled down and the grounds resculptured as an orchid garden.

This garden still survives today, years after the memory of the real Kubla Khan has faded, and it still retains the now cryptic name of "The Pleasure Grounds".

According to this OK Cupid meme-a-matic "quiz", in polical opinion I am Hilary Clinton's right temple.

In other news, if anyone wants to be touristy this weekend it looks like I will be leading a group of random european photobloggers around the tourist spots of London, for to take many pictures. I'm currently up against at least a tour of Hoxton and Brick Lane, so if anyone wants to come along and be the only person on my tour and save me from walking the tourist paths all alone, then please do.

In other other news, this weekend was Open House London and the Thames Festival. Surprisingly I took some photos. I also visited the Neasen Bunker (aka Paddock), but that's a story for another day when I'm not meant to be in bed sleeping before going to the dentist tomorrow. I still don't like the dentist, but not it's not due to the nasty things they do to you, but the horrendous monies they gouge from your wallet before they release the restraints. My mission for next week is to find an NHS dentist in Ealing that will accept new customers. I think that this may well be an impossible mission, but I'm always after a fresh challenge. Actually I'm not, I'm more inclined to be after a fresh beverage or small/medium sized cake.

And finally, "Jonathan Strange and Mr Norrell" is a marvellous book that is entirely unlike I expected. Which is nice. 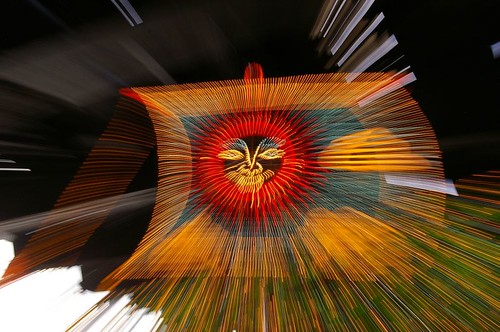